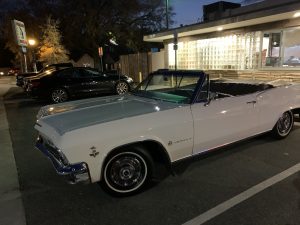 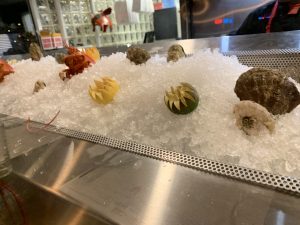 Bruce Moffett recently took up residence at the corner of Commonwealth Avenue and Thomas and he is delivering. Unlike other umbrellas, the Moffett Restaurant Group hasn’t gotten a lot of flack. He stays out of politics and has quality eateries all over town. With locations like Stagioni, Bao and Broth, Barrington’s, Good Food on Montford, and now NC Red, Moffett is doing well enough to not need to concern himself with what the neighbourhood is welcoming or not. (See Moffett’s recently published two cookbooks one being “South by North”. He’s humbled to be here and we should be glad to have him.) 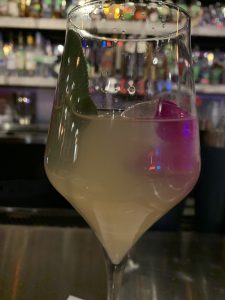 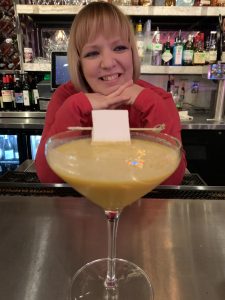 Arriving at the spot, the restaurant was packed and I sat at the bar. I saw them slinging out lobster rolls, oysters by the hundreds, collard greens, deviled eggs, grits, calamari, and corn bread. Oh, the corn bread. Known for their Nashville Hot Chicken, NC Red is separating itself from a lot of the other concepts the group has cranked out. (Also don’t order it if you don’t like hot. A disclaimer has been added to the menu, also, don’t be that guy.) 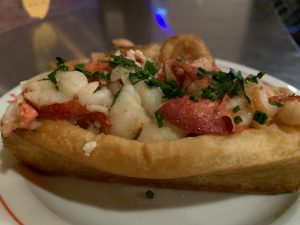 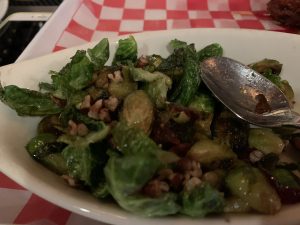